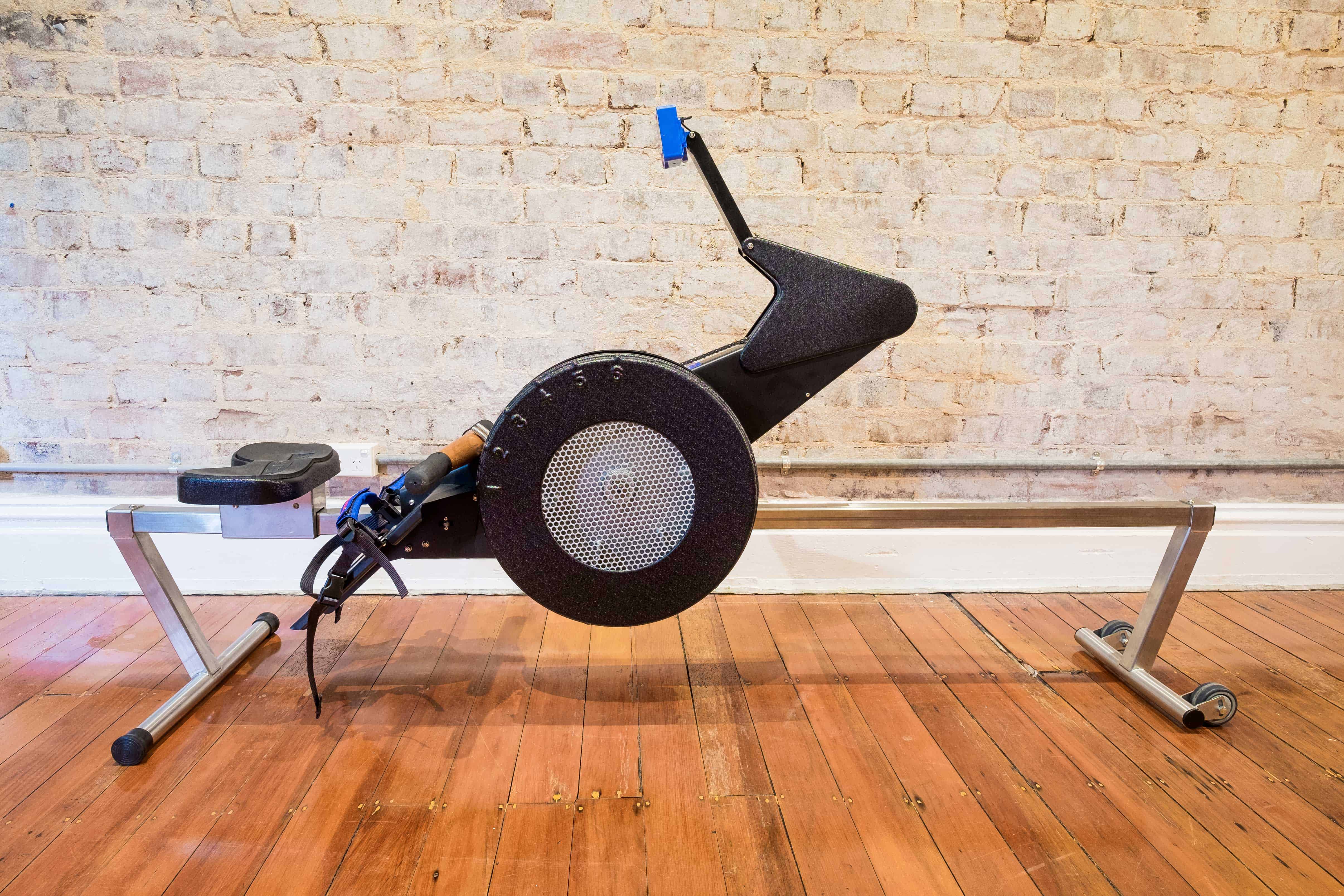 Why is rowing so good for you?

Rowing can get you fit faster than almost any other activity, and the low impact dynamics of rowing can keep you fit and active for a lifetime

During every stroke cycle, the full range of movement of the legs, buttocks, lower and upper back and arms are used.

To enable these muscles to work, the core stabilizers including the abdominals, must be fully activated to enable transfer of all that muscular work to the oar handle, while simultaneously balancing the boat – so there’s a lot going on for the body and the brain!

The end result is a true total body exercise which can train strength, muscular and cardiovascular endurance, develop core strength, balance and stability, while simultaneously spreading the load over the greatest possible number of joints.

Diagrammatic representation of the

dynamics of an Indoor Sculler 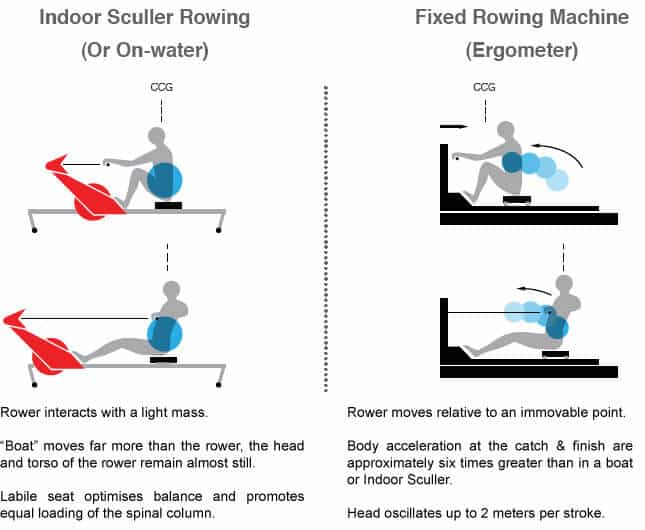 Rowers move their entire mass up and down the slide. They must stop and reverse their direction at each end of the slide – transforming excessive compression and  compression to the knee joint at the beginning of the stroke and shear to the spinal disks at the end of each stroke. This energy is about 6 times higher with a fixed ergometer compared to our dynamic ergometer.

The dynamic Rowperfect ergometer (on the left) dramatically decreases the risk factor for injury due to the mainframe moving up and down the slide; kinetic energy production is minimal, the extra force is absorbed by the flywheel, not by the body the rower’s cartilage.

In a racing boat, the rower is attached to only 17kg, which will move far more than he does every stroke. The rower’s muscles, ligaments and tendons must absorb considerably less energy, and are therefore less likely to be injured. The Rowperfect’s moving mass is 17kg and thus the “feel” (scientifically known as Proprioception) is virtually identical between a Rowperfect and a well-rowed racing boat – the rower trains the correct reflexes, so that when he returns to the boat, his Co-ordination Pattern (TECHNIQUE) is exactly as it should be.

So why aren’t we all rowing?

There’s always been a catch: until now, you could only learn and practice rowing by traveling to a boatshed, usually at odd hours of the early morning.

Other problems for most of us include the difficulty accessing good stretches of flat water, the high costs both in terms of time involved in learning the sport and then travel to-and-from that boatshed to train, plus the actual cost of equipment. In addition, rowing is, or has been until now, an outdoor sport; subject to the vagaries of wind and temperature and possibly excessive ultraviolet light.

What has made it doubly difficult is that until now, rowing machines didn’t mimic the dynamics of a single scull or true rowing shell – in fact they actually mimic a boat which doesn’t move at all.

Rowing machines where the resistance point is fixed place enormous strain on the lower back and the knees, with potentially disastrous implications for both. By allowing the resistance mechanism to move, and reducing the weight of the moving mainframe to exactly the mass of a single scull with its oars, we have:

The coordination pattern of the legs is changed. As just one example, consider this: At the catch on a fixed head rowing machine, up to 90% of the rower’s leg strength is needed just to stop his or her body from crashing into the front stops, like a car braking heavily as Dr Ian Bernstein notes (link to Regatta article)**. So nearly all the leg strength has been used to stop the body before we even begin to take the stroke. In a lightweight boat or on a Rowperfect Indoor Sculler, the diametric opposite occurs: less than 10% of leg strength is used to reverse the body’s (minimal) momentum, leaving all that extra power to apply smoothly through the drive phase of the stroke.

In a boat or on a Rowperfect Indoor sculler, the rower uses the hamstrings smoothly to draw the boat/mainframe during the recovery. This has a serious side-benefit: it all but eliminates the hamstring/quadriceps imbalance implicated in lower back injuries.

“I really love this machine, it is night and day compared to the concept 2 I was using before, my body will get tired but not sore.
It’s fantastic because you can push yourself further without getting a bad back and neck!”

“One thing I might have said about using a Rowperfect is that it’s actually enjoyable. I’m sure it’s because it keeps you thinking, and so the boredom factor is greatly reduced. I’ve never heard anyone say that about a Concept. Cheers,”